With the world of mobile marketing constantly growing, there was always going to be a way of advertising that was most popular among potential customers – but it is really that effective?

Following a study carried out by mobile advertising company Celtra, the best way to grab the attention of your audience is through interactive mobile ads (or gamified ads) that contain quick and fun games. Designing the ad as if you were your own target audience is where the success comes from, and admittedly, I would also be more likely to click on an ad’s CTA if it featured a puzzle or an arcade game – who wouldn’t? 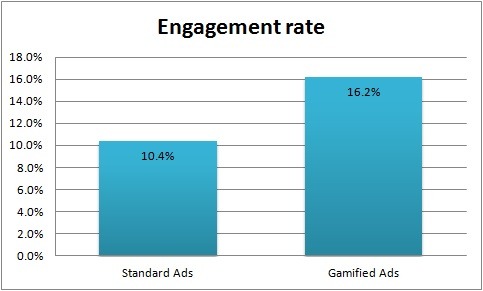 The study showed that gamified ads are over 5% more engaging than standard ads.

This means more people have taken the time to view and interact with the ad, and the more attention you can grab the higher your click through rate will be. 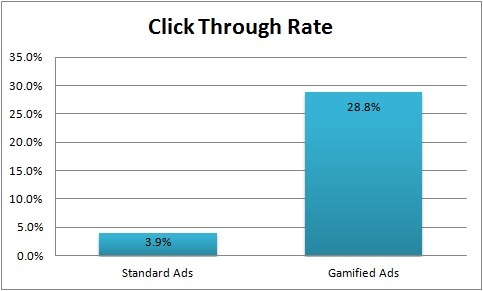 Once you have captured a person’s attention via the game, their focus is shifted over to you. If your ad behind the game is just as engaging, the CTR will be even higher.

Celtra chief product officer Matevz Klanjsek told GamesBeat “Such experiences work across all mobile devices as well as on the desktop, but, most of these are designed for mobile experiences meaning that they utilize finger-based interaction.”

Celtra gave examples of the types of games featured in their ads. One it calls “Wipey”, used to reveal an image hiding beneath a wipeable artwork, this gave a completion rate of 50.19%. Another is a standard puzzle, where people form an advertisement by placing pieces in the correct sequence, however the completion rate did drop significantly to 16.51%. The company is also experimenting with quizzes, memory, and arcade games.

As we move into 2015 and mobile marketing continues to grow, the industry will have to find a way to make their mobile ads efficient in order to give their business the competitive edge – and if the data shown has the same effect on a mass audience, you can expect gaming ads to be appearing on your mobile in the near future.